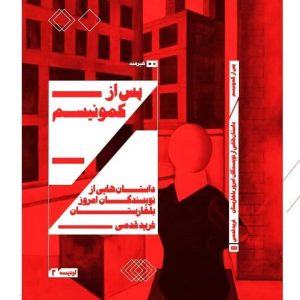 A chapter of Irina Papancheva’s latest completed manuscript Brussels Naked has been published in an anthology of contemporary Bulgarian writers in Persian. Farid Ghadami, an Iranian writer and translator, has made the selection and translated the pieces.

The book has been recently published in Iran.

Irina’s chapter, included in the book, is called The Grand Sablon and it starts like this:

‘They stood by the large window, looking at the tank as it was crawling through the square like a huge beetle. She was naked. He was dressed. He made a step further and embraced her from behind. His hands smelled of turpentine and were coloured in blue, red, white. The blood of her portrait.

He had called her in the morning to check how she was coping with the lockdown.

‘I cannot stay shut in any longer,’ he said. ‘When we do this, we let them take away our freedom. And that’s what they want. This is my city, my country and they cannot make me a voluntary prisoner. Enough. I’m going out. Can I come and see you? Will you pose for me?’

She said it twice.’